Species on the move

The northwards migration of fish species due to climate change is four times as fast as the United Nations climate panel has estimated. The omnivorous cod is a climate champion and outcompetes arctic species.
Lisbet Jære
The article was updated more than 3 years ago

"The entire ecosystem in the Arctic is changing, and the fish that migrate north represent one of the most visible symptoms. Empirical observations show that the changes happen faster than the models indicate, "says Maria Fossheim, researcher at the Institute of Marine Research.

The arctic fish species that thrive in cold water are squeezed from two sides. One thing is that their habitats change because the sea is getting warmer; the temperature in the Barents Sea increased by 1 degree from 2004 to 2012. The other threat is that due to higher temperatures, the occurrence of species from warmer waters and competing species from the south increases. The most common species are cod, haddock and rose fish (Sebastes norvegicus).

Rapid changes in the Barents Sea

While in 2004, mostly arctic fish species were found in the northern Barents Sea, these species had already been displaced in 2012 and met with great competition from fish species traditionally inhabiting waters further south. In the last decade, the occurrence of arctic species has fallen.

The cod is the champion of climate change

"The cod in the Barents Sea is currently a climate champion. It is a large and migratory species that easily adapts to a new environment," says Fossheim, who has just talked about the cod that migrates north in a meeting of the UN on International Law, where the issue was how climate change affects the ecosystems in Arctic waters.

The fishery industry enjoys the fact that there are record cod in the ocean, in fact the figures are as high as in the years following World War II, as the stock had increased due to little fishing during the war.

However, the large cod stock that may seem lucrative in the short term has major consequences for the rest of the ecosystem.

"The cod is also a gluttonous predator that eats virtually anything, from the bottom of the ocean to what lives in the water column. It is able to swallow animals more than half its size," says Fossheim. 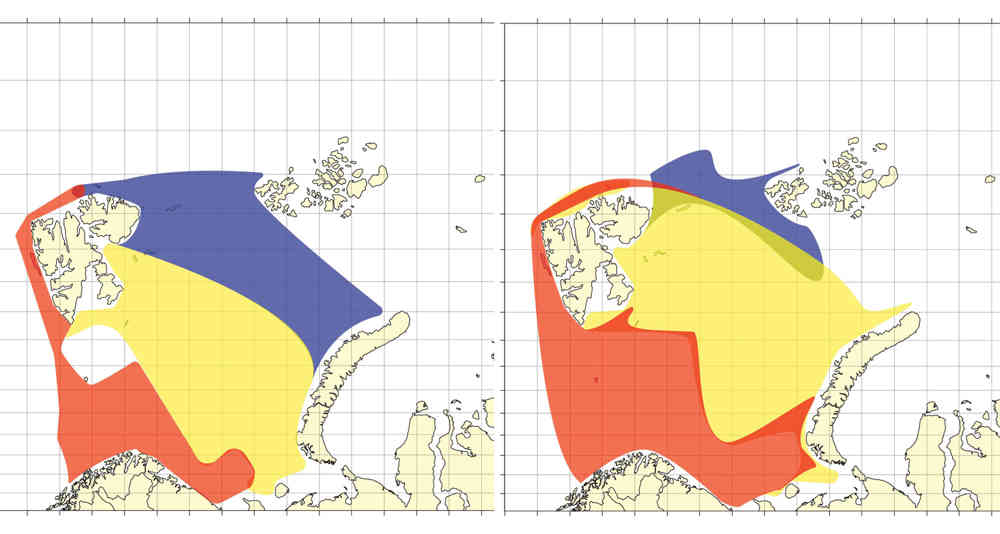 "The arctic fish species are usually small bottom dwellers with a specialized diet. They are small enough to be eaten by the larger cod that enter their territory, and in addition, they are inferior competitors to the cod that eat their food," says Fossheim.

Marine mammals are getting thinner

Fossheim also talked about how they believe that the cod invasion in the north has affected food consumption for marine mammals in the northern Barents Sea.

"Even some of the marine mammals in the northern Barents Sea have declined in numbers in recent years. And many of them have become thinner. It is well documented that the decrease in the layer of fat in right whales coincides with the rise in sea temperatures and the cod’s northern migration. We believe the change in the right whales is due to increased competition from cod. The marine mammals eat mainly in the top water layer and less on or near the bottom of the sea."

The United Nations Climate Panel estimated in 2014 that marine fish species move about 40 kilometres per decade. Research by the Institute of Marine Research, UiT and the Russian Marine Research Institute, Pinro indicates that in the period 2004-2012, the stocks of fish in the Barents Sea moved four times as quickly as estimated by the models.

It is not as uncomplicated as “simply moving north”

Very few species are like the cod in that they can just keep moving north along with the melting sea ice and the increase in sea temperatures. One example is bottom dwelling species living at depths down to approximately 500 meters, which is the maximum depth in the Barents Sea. Further north, in the Arctic Ocean, the sea depth can be measured in several thousands of metres and the nutritional access is completely different compared to the Barents Sea.

In her Ph.D., Susanne Kortsch, researcher at UiT – the Arctic University of Norway (UiT), has studied how the ecosystem changes when fish species that live in warmer waters, such as cod, rose fish and haddock, migrate north along with the increase in sea temperatures.

Kortsch has tried to look at what happens when the cod enters the habitats of the originally arctic stocks of fish.

Large changes have also been observed at the bottom of the food chain, in the composition of plant and animal plankton.

"There is a very high number of unforeseen ecological consequences of these changes. The future will show how the fight over food and habitats in the north is developing. We hope to be able to make better models of how the ecosystem collapses so that we humans, also a greedy species, can adapt to the changes in a sustainable way," says Susanne Kortsch. 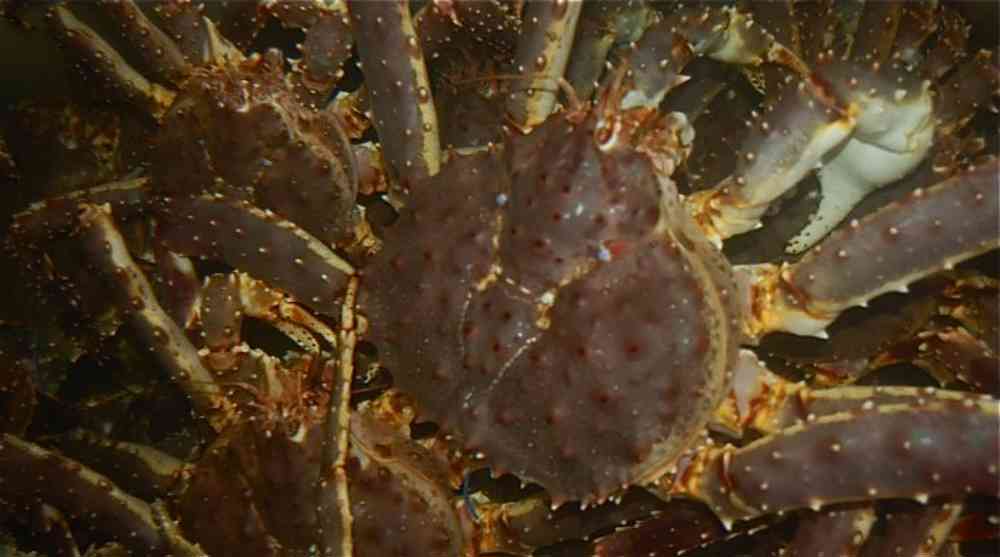 Some species have ended up in our waters because they have been released there, either intentionally or because they have come in ballast water or similar from other parts of the globe. The red king crab (Paralithodes camtschaticus) is a species that has been actively released, while the snow crab (Chionoecetes opilio) seems to have spread to the Barents Sea in a natural way. Species that spread in areas far from their regular habitats are often called introduced species.
Photo: Maria Jenssen / Marine Research.

The aquaculture industry is affected

ClimeFish looks at the biological, ecological, economic and social consequences climate change has for the fisheries and fish farming in Norway and the rest of Europe by 2050 based on various climate scenarios.

For aquaculture, warmer sea temperatures have a lot to say about where to successfully establish fish farms and what species can be used in which areas.

In ClimeFish, we will look at ways to adapt to climate change and what positive effects may occur during climate change. In the north, the conditions for aquaculture may improve and the growth of the fish increases if the temperature rises a few degrees, whereas in the south, conditions may perhaps be facilitated for other species such as sea bass and bream, which are now popular species in regions such as the Mediterranean.

"In order to maintain good production, it is important to find ways to adapt aquaculture to the changes in the climate and to new aquaculture conditions. The need for food in the world rises along with population growth, and aquaculture will be an increasingly important production method to feed the world," says Ytteborg.

Huge climate change in the Arctic

The average temperature in the world has increased by about 0.5 degrees over 30 years, while in Svalbard it has increased by between 3 and 4 degrees. The sea ice in the Arctic has decreased by an area the size of India since 1979. The ice-free period in the Barents Sea is two to three months longer than it was in the 1980s. 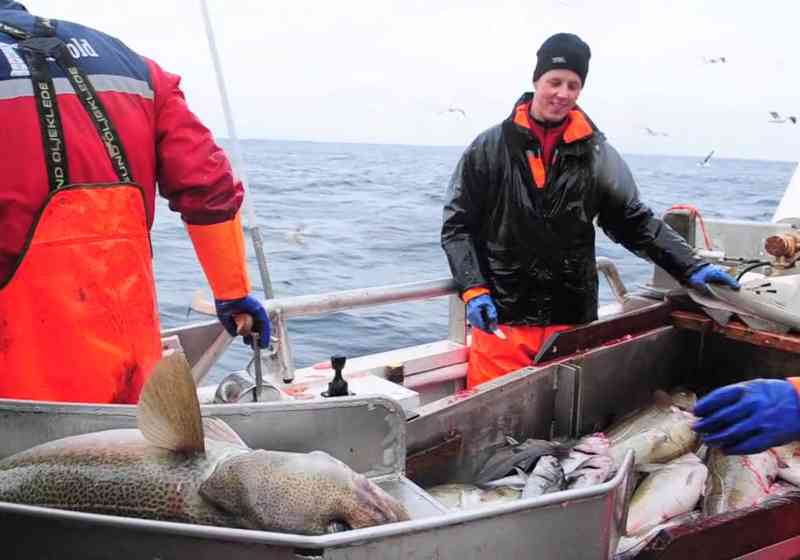 This project gathers data about fish stocks in the Barent Sea.&nbsp;
BarentsWatch does user-driven, agile development. In order for our services to be useful and user friendly, we would like feedback from you as a user. It can be in the form of complaints or compliments, questions, ideas, and other issues of relevance. We greatly appreciate your help.
Feedback