The commitment among seafarers to assisting comrades and neighbours in trouble has always been strong, and has a long history.

Before Norway had any official search and rescue service or the Norwegian Sea Rescue society had been founded, this collective readiness to assist was also the only help mariners could expect.

Even today, despite modern lifeboats and search and rescue (SAR) helicopters, it is often the nearest passing ship which saves life and material assets at sea.

The duty to render assistance in the event of maritime accidents is not only a tradition but also enshrined in a number of legal enactments.

“Any person who, although it was possible for him to do so without special danger of sacrifice on the part of himself or others, fails to help according to his ability any person whose life is in obvious and imminent danger ... shall be liable to fines or imprisonment for a term not exceeding three months.”

This duty exists not only in Norway, but is also incorporated in international maritime conventions and agreements. The most important of these is the UN Convention on the Law of the Sea (Unclos), which states in article 98 on the duty to render assistance:

“1. Every State shall require the master of a ship flying its flag, in so far as he can do so without serious danger to the ship, the crew or the passengers:

(a) to render assistance to any person found at sea in danger of being lost;

(b) to proceed with all possible speed to the rescue of persons in distress, if informed of their need of assistance, in so far as such action may reasonably be expected of him;

(c) after a collision, to render assistance to the other ship, its crew and its passengers and, where possible, to inform the other ship of the name of his own ship, its port of registry and the nearest port at which it will call.

2. Every coastal State shall promote the establishment, operation and maintenance of an adequate and effective search and rescue service regarding safety on and over the sea and, where circumstances so require, by way of mutual regional arrangements cooperate with neighbouring States for this purpose.”

This article not only imposes a responsibility to act on the vessel’s master, but also requires coastal states to have an effective SAR service. Norway ratified Unclos in 1996.

The Safety of Life at Sea (Solas) convention of 1974 is the most important accord at the UN’s International Maritime Organisation (IMO), and further refines the duty to assist.

Today’s agreement is the latest in a long series of these pacts. The first Solas convention was adopted in 1914, partly as a consequence of the sinking of the RMS Titanic in April 1912. However, the outbreak of the First World War prevented it coming into force.

The duty to render assistance is enshrined in article 33-1 of the 1974 convention:

“The master of a ship at sea which is in a position to be able to provide assistance on receiving a signal from any source that persons are in distress at sea, is bound to proceed with all speed to their assistance, if possible informing them or the search and rescue service that the ship is doing so. If the ship receiving the distress alert is unable or, in the special circumstances of the case, considers it unreasonable or unnecessary to proceed to their assistance, the master must enter in the log-book the reason for failing to proceed to the assistance of the persons in distress, taking into account the recommendation of the Organization, to inform the appropriate search and rescue service accordingly.”

Rules on this have been incorporated into Norwegian law through section 135, paragraph 3 of the Norwegian Maritime Code:

“As far as possible without serious risk to the ship or to those on board, the master is duty bound to give all possible and necessary assistance to any person in distress at sea or threatened by danger at sea.”

International Convention for the Safety of Life at Sea (SOLAS), 1974

Search and rescue in the Norwegian area of responsibility

The Norwegian rescue service's area of responsibility is extensive. It extends from 57 degrees north in the North Sea to the North Pole and from the 0 meridian (the border between Norway and the UK North Sea) to 35 degrees east. 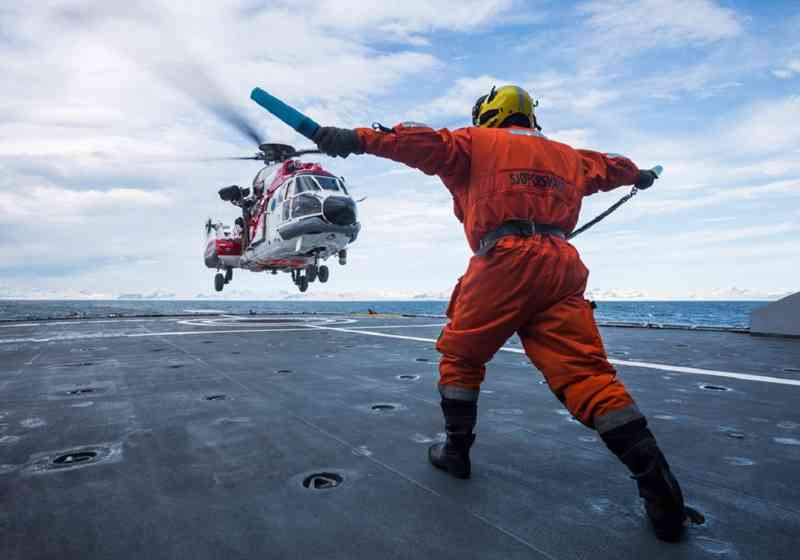 The rescue service in Norway

The public rescue service is organized as a cooperative between a number of government agencies, private and voluntary organizations.&nbsp;
BarentsWatch does user-driven, agile development. In order for our services to be useful and user friendly, we would like feedback from you as a user. It can be in the form of complaints or compliments, questions, ideas, and other issues of relevance. We greatly appreciate your help.
Feedback