The petroleum sector is the largest source of greenhouse gas (GHG) emissions in Norway. Efforts are being made to develop improved methods to monitor the industry’s impact on marine life.
Lisbet Jære
The article was updated more than 3 years ago

Offshore production of oil and gas, with installations, pipelaying, transport and processing, generates emissions to the air and discharges to water and the seabed.

These emissions/discharges and the resulting pollution have consequences for the environment locally, regionally and globally.

While the probability of an oil disaster on the Norwegian continental shelf (NCS) is regarded as low, the environmental impact of such an incident would be very high. A few large acute oil or chemical discharges have occurred in recent years, with the biggest in 2007.

The NCS is divided into three main provinces – the North, Norwegian and Barents Seas. Each is divided in turn into blocks, which can be awarded to oil companies for exploration and subsequent production of any discoveries.

According to the Norwegian Petroleum Directorate (NPD), overall production from the NCS in 2015 was 227.9 million standard cubic metres of oil equivalent (scm oe). That represented a 14 per cent reduction from the 2004 peak.

Although total NCS output is down from its high point, it has been stable in recent years. The trend since 2004 has been declining oil production but rising gas output.

Go here to see a graph of industry development since 1971 (in Norwegian).

Norwegian oil and gas production is forecast to remain at roughly its present level until 2020. Oil output should continue to decline, while gas production will rise somewhat.

The oil and gas sector accounted for almost 26 per cent of the GHG released in Norway during 2012, or 12.4 million tonnes, and ranks as the biggest single contributor to Norwegian GHG emissions.

Gas turbines and diesel engines supplying the large amounts of energy needed for oil and gas production are the biggest sources. Pipeline transport to shore terminals also requires much energy.

In addition, the industry is a substantial contributor to emissions of nitrogen oxides. These can cause local acidification and overfertilisation as well as helping to form ozone.

Discharges to the sea

Along with discharges from ships, produced water from offshore fields remains the largest source of oil released into the North and Norwegian Seas.

This water comes up from the reservoir during oil production, and contains low concentrations of oil fractions, heavy metals, radioactive substances, production chemicals and so forth.

Norway participates in various collective international efforts to reduce environmental loads from the oil and gas sector. The most important initiatives are:

Documenting whether such discharges affect marine life is difficult. Research has shown that the oil and environmentally hazardous substances found in produced water could damage the health and reproductive ability of animals in the sea, but the consequences for the ecosystem remain unclear.

After produced water, drilling wells accounts for the biggest discharges to the sea on the NCS. These comprise drill cuttings (crushed rock from the borehole) and chemicals.

Given the current state of knowledge, regular discharges from oil and gas activities do not have substantial effects on the environment.

Petroleum operations affect the seabed through the positioning and moving of structures such as platform legs and pipelines. Major environmental challenges are also faced when production ceases, including waste handling.

Physical effects on the seabed are largely local. Possible harm depends on biodiversity in the area and whether valuable and vulnerable species and natural settings are affected or damaged.

Read more about impacts on marine life at Environment.no.

Both government and offshore operators have worked for many years to reduce the use and discharge of environmentally hazardous substances on the NCS.

Good results have been achieved through this work, with discharges of the most hazardous materials cut by more than 98.5 per cent from 2003 to 2014.

About a quarter of the chemicals used in the offshore sector are released to the sea.

The Norwegian Environment Agency (NEA) requires operators to use chemicals which contain an absolute minimum of environmentally hazardous substances.

It also specifies that discharges should be as small as possible, and that the oil companies develop new technology which minimises the environmental impact.

The operators must comply with Norway’s Pollution Control Act, which regulates their activities – in part through a system of emission/discharge permits.

Oil companies operating on the NCS are required to monitor the environmental condition of the water column and seabed around their offshore facilities.

Checking the water column began in the late 1990s. Concentrations of chemicals and oil residues are measured in part using mussels placed in cages near the installations as well as wild-caught fish.

Efforts are under way to develop better methods for monitoring the industry’s impact on marine life, and the operators are legally obliged to contribute to this work. 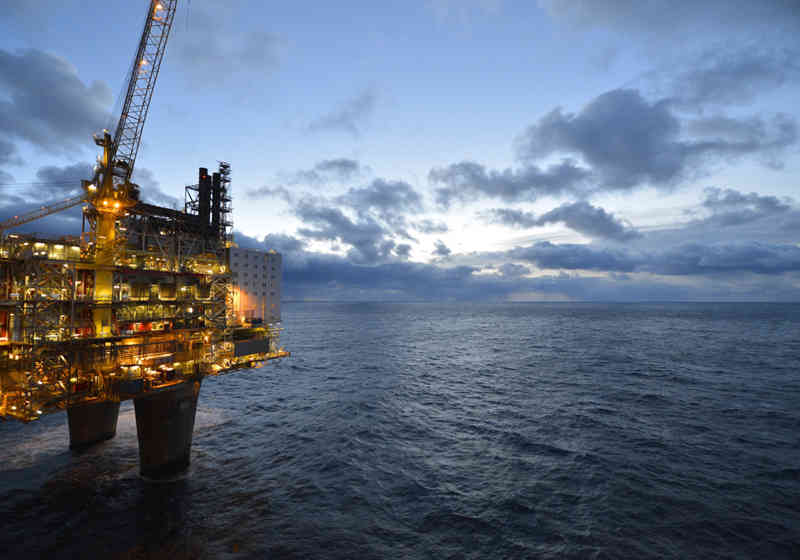 The petroleum industry in Norway is required to take account of the environment. A number of laws specify how operations should be conducted in every phase from planning to cessation of a field.
BarentsWatch does user-driven, agile development. In order for our services to be useful and user friendly, we would like feedback from you as a user. It can be in the form of complaints or compliments, questions, ideas, and other issues of relevance. We greatly appreciate your help.
Feedback