Algae – Part of the Mariculture of the Future

Natural resources are lying in wait along the entire Norwegian coast, but the use of algae for animal feed, fertilizers, and pharmaceuticals is still in the research phase in Norway.

For the researcher Margarita Novoa-Garrido and her colleagues at the Norwegian Institute of Bioeconomy Research (NIBIO), the job is all about learning to control the complex life-cycle of algae and learning how to utilize the properties of such algae, whether sea lettuce or the more common seaweed and kelp.

It is a challenge to find out which macroalgae can be cultivated in the laboratory at Mørkvedbukta outside of Bodø, where the researchers cultivate, harvest, and process algae in the hope of kick-starting a future commercial sector along the Norwegian coast.

In China, green mariculture is already an industry worth billions, while basic research is still being carried out in this area in Norway.

Algae constitute the majority of the Earth’s biomass, and they are used commercially in a number of products. 90 per cent of all algae used in industrial production stem from algaculture, with Asia as the global market leader.

Algae (Latin for “seaweed”) is a common denominator for a variety of water plants, from microscopic unicellular species (microalgae) to seaweed and kelp species that are several metres in length (macroalgae). Algae are photosynthesizing organisms that use energy from sunlight to convert carbon dioxide and non-organic compounds into organic compounds, such as proteins, lipids, and carbohydrates. Most algae live in saltwater, but they are also found in all other habitats on Earth. Certain algae, such as some types of green algae, live in symbiotic relationships with fungi and create lichen.

Algae can be divided into two groups. Microalgae are unicellular, but can also form colonies that float about freely in the water. Macroalgae are multicellular and attached to the seafloor. Such algae are therefore highly visible, while even the largest microalgae can only barely be perceived by the naked eye. In the event of a major upsurge of certain microalgae, however, a distinct discoloration of the water can be observed.

In regard to evolution, algae are among the oldest known organism groups. Algae are used commercially in a number of products. 90 per cent of all algae used in industrial production stem from algaculture, with Asia as the global market leader.

“NIBIO works in parallel with both basic and applied research,” Novoa-Garrido explains. “There are many parties that are interested and that see the potential in commercial algaculture.”

She points out that this can be a major industry along the Norwegian coast, with numerous benefits.

“The production of algae is both eco-friendly and sustainable. Green mariculture also adds to the value of fisheries. A macroalgae facility does not require a supply of extra energy, since such algae grow under local and natural conditions, even as algae attract types of flora in the area being used. We also see that spawning increases in the areas where such facilities are located. In addition, algaculture can help reduce the unwanted side effects of salmon farming, through the intake of a certain amount of nutrients in feed from fishery waste. Thus, the interaction with another type of farming also has its benefits.”

The fish farming industry also has important knowledge about and experience with infrastructure and a technology that can be very useful for algaculture. Moreover, the industry is already knowledgeable about the fjords along the coast and their sea floors, currents, and other factors.

The scientific community in Bodø began carrying out research on the cultivation, use, and application of macroalgae almost ten years ago. Nonetheless, Novoa-Garrido contends that Norway remains in a start-up phase, and that NIBIO is supporting an innovative industry with its research and knowledge.

This is because algae remains a largely untapped resource along the Norwegian coast, even though the product has a wide range of uses, such as in animal and fish feed, food, fertilizers, bioenergy, health care products, pharmaceuticals, biotechnology, and cosmetics. And the current global production of algae and algae products does not cover the demand.

Further information is required, however: macroalgae are complex organisms, and much research has yet to be done in order for the industry to be commercially viable in Norway.

“Today, the production of macroalgae is highly manual and demanding,” Novoa-Garrido notes. “We’ve learned the methods largely from Asia. In China, which is the main producer of algae products, they use a good deal of labour, and they are therefore very interested in a cooperation on technological development. The Chinese can teach us about biology, crop production, and cultivation potential, while they can learn about technology from us.”

As a research institute, NIBIO aims to establish the scientific basis for processing and using natural resources such as macroalgae in an effective and sustainable way in new products. The emphasis here is that Norway needs new jobs and value adding based on biological rather than fossil resources. This requires that all resources be taken into use, including ones that are non-traditional in Norway. There is little doubt that the ocean contains vast resources that can be used for food, protein feed, medicines, or as raw products for other important biotechnological processes. 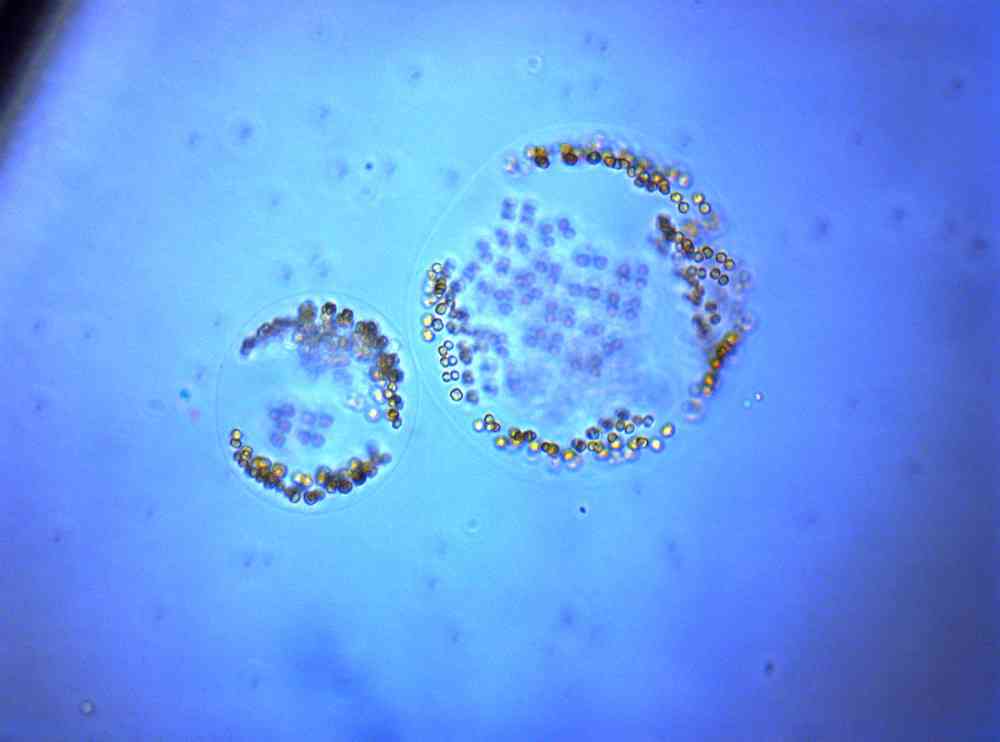 Microalgae can also be well-suited for mass production, so there are also really good opportunities for exploiting the ocean’s resources in a sustainable manner. Microalgae grow relatively quickly and can increase their biomass by 100–200 per cent per day. It is therefore possible to continuously harvest from a relatively modest basis – biomass.

Algae need among other things carbon dioxide in order to grow, and UiT Arctic University of Norway has therefore launched a project in collaboration with the Finnfjord AS smeltery in Finnfjord, Troms.

Earlier this spring, Professor Hans Christian Eilertsen and his team at the Department of Arctic and Marine Biology (Gunilla K. Eriksen, Jon Brage Svenning, Richard A. Ingebrigtsen, and Renate D. Osvik) carried out a pilot project for trial cultivation at Finnfjord AS. They are highly confident that this project will be viable in the future.

Diatoms are a group of algae whose cell walls, made from silica, are often bilaterally symmetrical (hence the name, which stems from Greek diatomos, “cut in half”). They are cited as the most ecologically important group of microalgae in Norwegian waters. Globally there are around 200 genera comprising an estimated 200,000 species, of which over 700 have been registered in Norwegian waters. Diatoms range in size from 0.002 to 5 mm and are the most important primary producers in the Northern hemisphere. Even though they constitute only a tiny fraction of the Earth’s biomass (around 0.5 per cent), they produce around 50 per cent of all oxygen on Earth and absorb around 50 per cent of the world’s carbon dioxide.

“We are very happy with the results of the pilot project,” Eilertsen says. “The next step now is to expand the cultivation season. It’s a matter of fine-tuning the cultivation process in order to discover the optimal growth conditions in regard to factors such as growth rate, lipid composition, and protein content. The ideal conditions vary from one type, species, or strain of algae to the next.”

Eilertsen points out that UiT has studied the mass cultivation of microalgae since the 1980s. The market is ready should the commercialization efforts take off, and “the blue field” will become even more important in the future. Topsoil is a scarce resource, as only 3.1 per cent of the Earth’s surface is cultivatable. This area is diminishing, however, because of depletion, compaction, erosion, pollution, and salinization, and over one-third of cultivatable land has become barren during the past forty years.

As Eilertsen argued already in 2013, “We can’t continue feeding fish with fish. If we are to increase the capacity of the fish farming sector, we must use another feed source. The mass cultivation of algae for fish feed can become a new industry. This will also lead to a purer feed without the accumulation of pollutants, since microalgae are the first link in the food chain.” 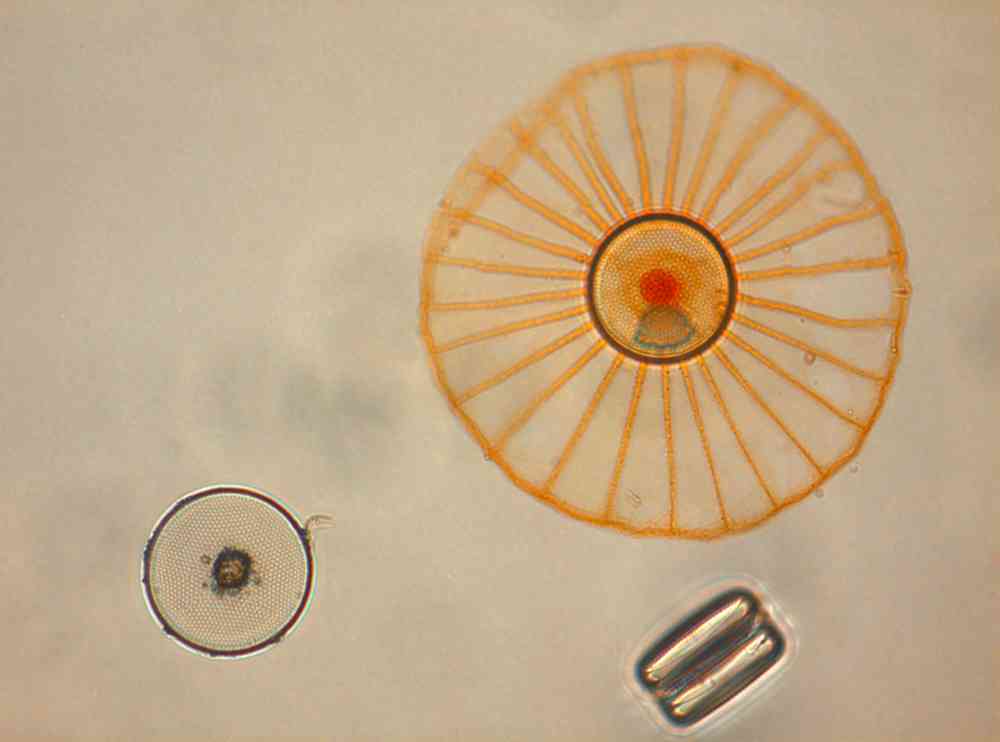 At the smeltery in Finnfjord, UiT has set up an algaculture facility that is integrated in the process line. The mass production of microalgae at Finnfjord AS will use the smeltery’s surplus of carbon dioxide and nutrients both to feed the algae and as heat in temperature regulation.

Eilertsen believes these ideas represent the most economically viable solution when the goal is continuous production. In addition, the algae that are cultivated are carefully selected in regard to this form of cultivation.

The research focuses mostly on diatoms, which constitute the most common group of microalgae in the North. Indigenous cold-water species are used, as such species have a more effective intake of carbon dioxide and will therefore grow more rapidly than other species.

“It’s a question of finding a species that is well-suited to the mass production of marine lipids and that is protein-rich,” Eilertsen notes. 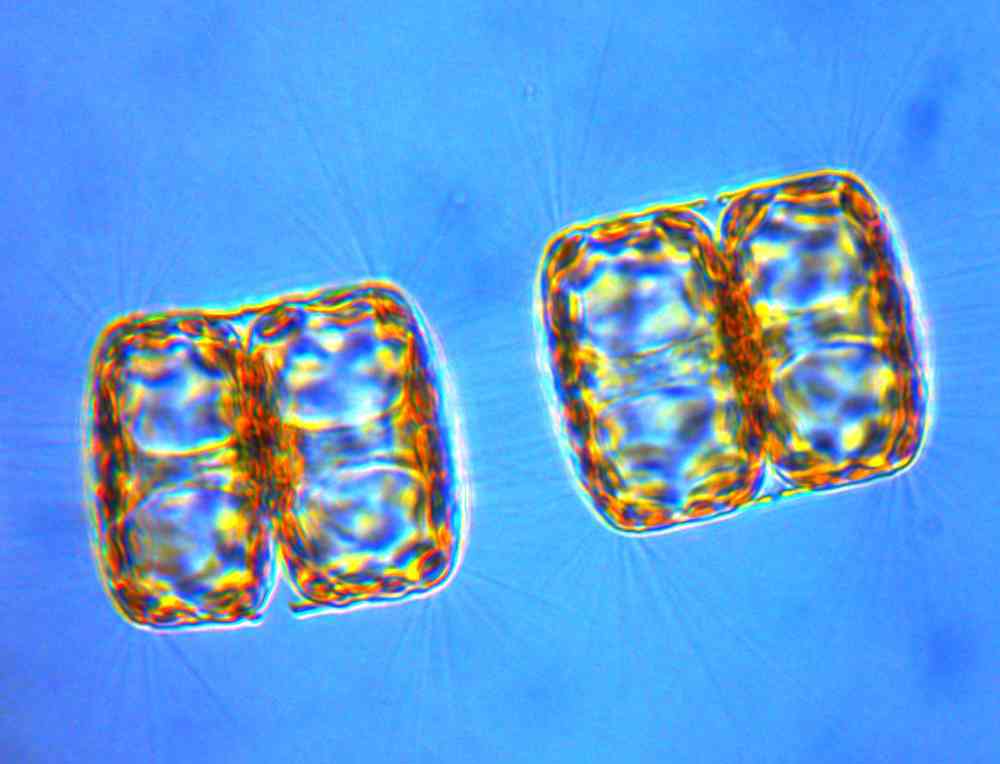 Marine organisms contain the long, polyunsaturated fatty acids that characterize lipids in the ocean. The most well-known of these acids are EPA og DHA, which are both omega-3 fatty acids and essential fatty acids for all animals. It is only marine microalgae (with a few exceptions) that produce these fatty acids from scratch. Animals, including humans, have only a very limited ability to convert shorter fatty acids to such “marine” lipids, and they must therefore be supplied with them in their diet. If we are able to mass produce enough algae, they will therefore be well-suited as fish feed in an industry where today’s feed contains less and less amounts of marine lipids. 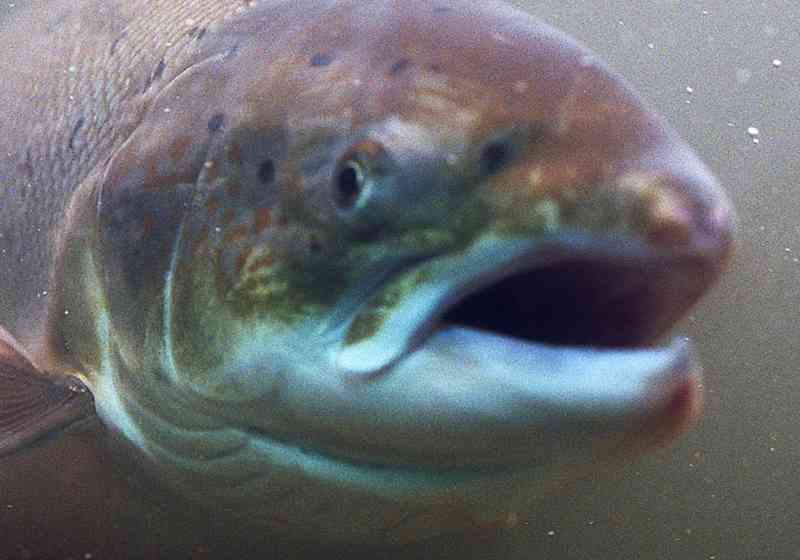 In order to control production, biomass is used to determine the weight of a given volume of fish in fish farms. 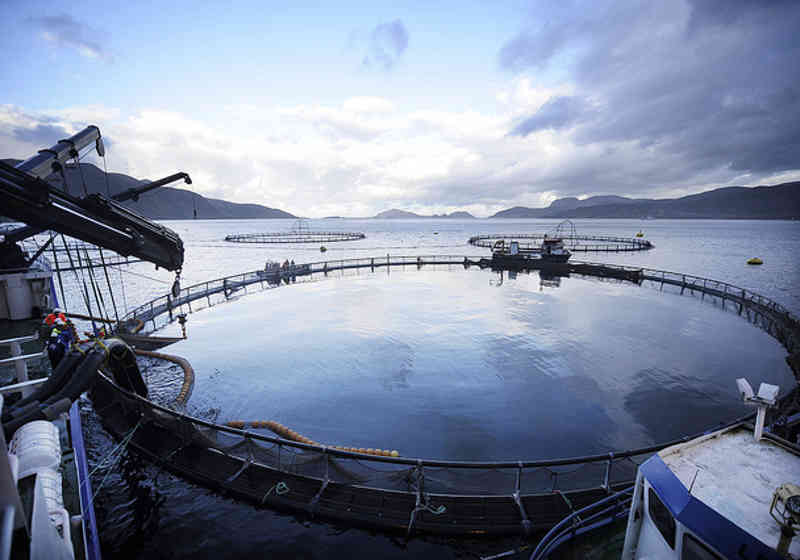 New technical standard requirements were introduced on 1 January 2012 for floating fish farms and for the main elements included in these farms. 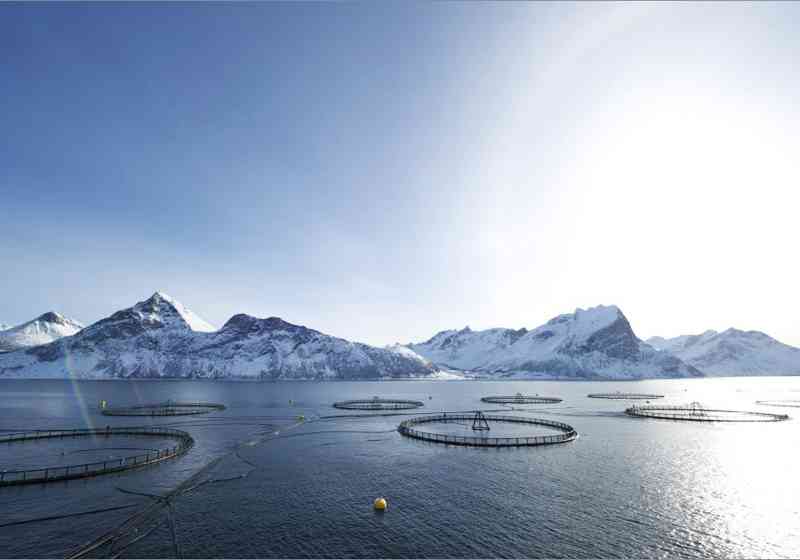 Escapes from fish farms along the coast are a major challenge for the aquaculture industry, management and the environment.&nbsp;
BarentsWatch does user-driven, agile development. In order for our services to be useful and user friendly, we would like feedback from you as a user. It can be in the form of complaints or compliments, questions, ideas, and other issues of relevance. We greatly appreciate your help.
Feedback