An interactive map produced by BarentsWatch for its Fish Health service charts important indicators for the physical condition of stocks in Norway’s aquaculture industry.

This overview provides a weekly update on such aspects as the prevalence of the salmon (or sea) louse, anti-lice measures and the extent of serious diseases.

Contact BarentsWatch if you have questions or need more information about the service.

The information mapped is drawn from the Norwegian Food Safety Authority, the Norwegian Veterinary Institute and the Directorate of Fisheries.

Fish Health updates data daily as they are received, with the opportunity to scroll backwards on a weekly basis. Historical information extending back to 2012 makes it possible to detect trends and identify dispersal patterns on the map.

The purpose of Fish Health is to support the management of Norwegian waters for fish farming by allowing public officials to follow up aquaculture permits in the best possible way.

It is also important to communicate the status of fish health to the general public and to provide an overview for industry players who want to collaborate over combating salmon lice.

The vision for the service is to provide a publicly available tool for all administrators and players in the aquaculture sector. It aims to be the preferred public presentation of sustainability indicators for this industry.

Fish Health presents only locations where fish farming is being or has been pursued with salmon, trout or rainbow trout. The source data extend back to 2012.

Weekly reports are submitted to the Food Safety Authority via the Altinn portal by fish farmers when they have stock in their facilities. This information must be reported no later than Tuesday the following week.

Such operational information is regarded as raw data and may contain errors. Before it can be used as decision inputs, quality assurance must be carried out by the Food Safety Authority.

Number of lice per fish (adult females, lice in motile stages, sessile lice)
Lice numbers in a fish farm must at all times be below a maximum of 0.5 sexually mature females per fish. This is the general ceiling, but permission can be given to use a different limit – not shown in this version of Fish Health. Exceptions can be made for localities with broodstock. Localities operating under a so called green permission may have a different limit and so forth. A technical solution which shows differentiated lice limits will be given priority in the next development phase for the service.

The Veterinary Institute is responsible for producing updated overviews of localities where pancreas disease (PD) and/or infectious salmon anaemia (ISA) are proven or suspected.

BarentsWatch takes this information from the institute on a daily basis, and Fish Health shows all the localities which have been included in the overview since 2012.

News, Fish Health has been updated with ISA Protection- and surveillance zones around infected localities. It is only displayed the current zones from week 39 in 2016 and onwards.

Aquaculture register at the Directorate of Fisheries

The register provides an overview of all fish farming localities and permits in Norway. Fish Health takes information from this source to show where salmon, trout and rainbow trout are being farmed in the sea.

The following data are obtained from the register:

This information is extracted by BarentsWatch each time the register is updated (usually once a week), and extends back to 2012.

Functionality in the service

Fish Health can be accessed via a web browser on mobile phones, tablets or computers without installing a separate app.

All information in Fish Health is week-based. The present week is shown when opening the service. Since salmon lice reports are submitted in arrears (usually on a weekly basis), it will often be the case that few locations have reported in the current week.

The week selector can be used to view earlier periods by week and year. Both the map and the locality information will be updated when the week is changed.

Localities which have exceeded the 0.5 limit for lice numbers per fish are marked in red, while those below the ceiling appear in blue.

The black map markings show locations which have not submitted data for the selected week. That could be because they have no fish in the facility – in other words, it is fallowed or out of business ­­– or because no report has been filed for that week.

Note that there could be localities which have been allowed to deviate from the general lice limit. The markings on the map do not take account of such special permits.

Localities are marked in red for lice numbers above 0.5 per fish even if they are permitted to operate with a higher limit. That applies particularly to broodstock locations.

find own position on the map.

The actual surface area of the fish farm is not displayed until you zoom into a locality.

You can obtain more information about a locality by clicking on a marker on the map or on a link in the search result:

information on the locality, such as capacity, purpose and permit type

which permits are linked to the locality

which enterprises hold the permits.

localities which have reported numbers above or below the salmon lice limit of 0.5 adult females per fish

localities which have not reported lice numbers

medicinal treatment against lice, and which active substance(s) has/have been used

whether mechanical delousing has been used

whether cleaner fish have been deployed and the species used

permit types and their purpose

name of the enterprise which holds the permits

When more than one filter is applied, only localities covered by all the chosen filters are shown.

When you choose a locality, a simple bar chart will come up to show the number of adult female lice per fish reported in your chosen year.

These graphs show developments throughout the year, and you can scroll back to earlier years.

Note #2: The number "0" (zero) in the column   i kolonnen " Adult females " means that the site has reported zero or left the field empty.

Note #1: Download result might have empty rows. It is recommended to filter away these. This is due to the site doesn’t have a licence for the current week (its is not shown in the Fish Health solution)

Note #2: "To date" shows when suspicion or confirmed is removed from the data set. There might be a delay from the removal until data set is updated.

The project in brief

The Fish Health service has been developed through a collaboration between BarentsWatch and the Norwegian Food Safety Authority.

Contributions were also made by the Norwegian Veterinary Institute, the Norwegian Institute of Marine Research and the Directorate of Fisheries, while representatives of the aquaculture industry and other stakeholders provided input.

The service came on line in September 2015 for internal use by the Food Safety Authority and certain other partners, before becoming publicly available in June 2016.

Work by BarentsWatch is user-governed, so the development of additional functionality will depend on which sustainability indicators the government adopts for use by public agencies and the industry.

It could be relevant to present results from modelling salmon lice infection pressure as well as information collated by production area when these data become available.

Other possibilities include differentiating various salmon lice boundaries and opportunities to generate various types of reports.

Raw data from Fish Health will be freely available to others who would like to use it in analyses tools or their own applications.

BarentsWatch has developed an application programming interface (API) for internal use by the service, and this is open to utilisation by others.

Terms and conditions for use and documentation by developers. 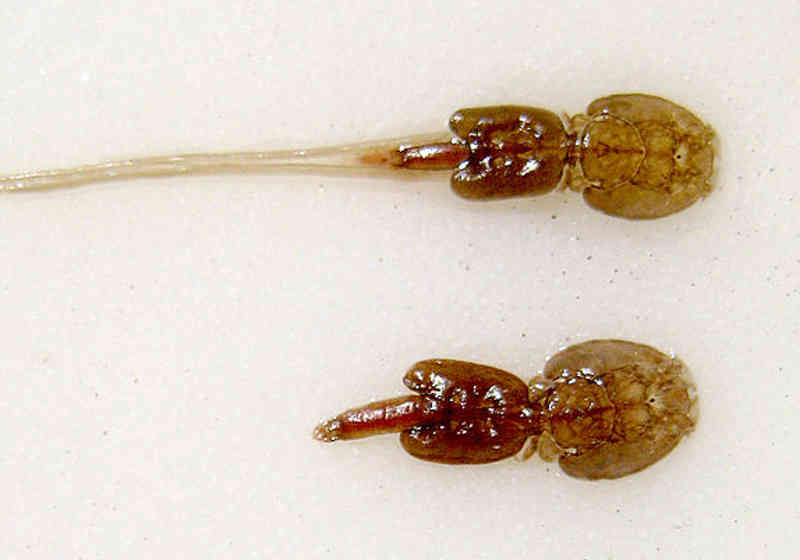 Along with various diseases, the salmon or sea louse represent one of the biggest challenges to fish health in Norway’s aquaculture industry.&nbsp; 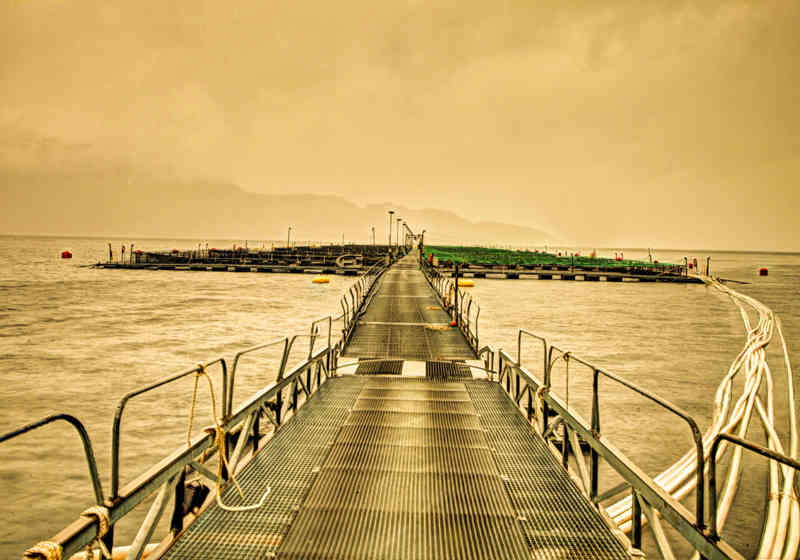 Infectious viral illnesses cause substantial losses for Norway’s aquaculture sector in addition to the damage inflicted by salmon lice. 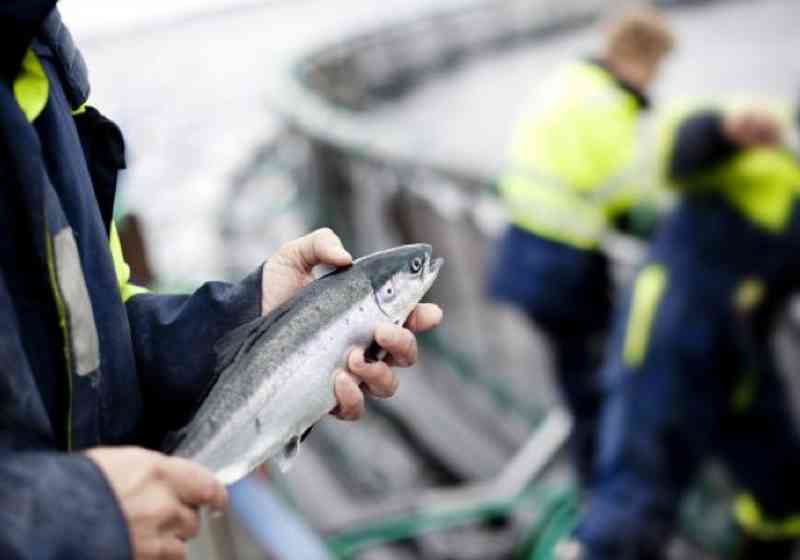 From hobby to an advanced biological industry.
BarentsWatch does user-driven, agile development. In order for our services to be useful and user friendly, we would like feedback from you as a user. It can be in the form of complaints or compliments, questions, ideas, and other issues of relevance. We greatly appreciate your help.
Feedback